From new cameras to citizen journalism – 2012 in Photography

New Cameras that hit the spot in 2012

Olympus focus on PEN cameras and Sony continued to try for hitting gold with their A series.

The winner? Well, it’s hard not to give it to Canon with the superior 5D M3

Social Media and Photography in 2012

2012 was dominated with two key players in photography. Pinterest and Instagram. Both of whom blazed a trail throughout the year only to stumble in popular opinion when it came to privacy. 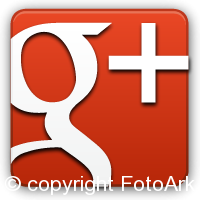 The winner? Google+. There’s no taking away the fact that many photographers moved to Google+ in 2012. With wide screen options and galleries not to mention Hangouts Google+ became the IT social network for photographers in 2012.

Photograph of the year 2012

It making a choice for photograph of the year we went for a mix of social, journalism and cold hard reality.

Massoud Hossaini from Afghanistan captured a Shiite woman standing among the dead and injured, after a bomb blast at the crowded Abu Fazal shrine in Kabul, on 6 December 2011.

For us this continues to hold as a photo of the year throughout 2012 and leading into 2013.