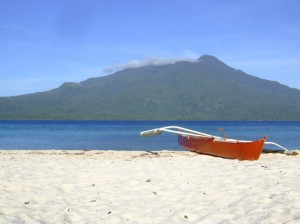 How much does it cost to run a travel blog?

Over the past 6 articles I hope I’ve brought an idea into both the workflow of how I write on The Longest Way Home.

I think the myth of quickly uploading a few photos and scrambling together some content has been dissolved.

Everything here takes time & money. Both of which, like anything in life, are finite. And, as such need to addressed.

The cost behind a single published article:

This is hard to give an exact quote on. For many reasons. Primarily because I do try to get many things done at once.

A trip to a market might result in two articles in a location with free wifi. Whereas a trip to a remote area, might mean one article and having to pay for expensive wifi when I get back.

Not to mention many photographs don’t get used, they get saved so that’s not factored in.

So let me tackle this as an average costing, here we go.

This is my far the biggest expense.

Taking an average photo session of lets say 2 GB of material after the first edit. It may take 6 hours to process everything including backups to external drives.

I like a quiet environment for this. So normally it occurs in a guesthouse room.

Uploading 2 GB to Zenfolio. For this I need internet. 2GB + average shared upload speed = 14 hours of uploading. (this does not take into account breaks in the connection, which are frequent.)

This also requires a constant electricity supply, and, leaving the laptop unattended for periods time.  So it has to occur in a private room.

The processing happens at the end of the day, as does the uploading. So, it moves into a second day. Thus, equaling two days total. (it does not factor in additional online photo backups)

I need sleep, so I do most of this at night if possible. However an increasing number of guesthouses turn their wifi off at night. What’s more. Wifi signals often do not reach a room.

So, I am adding in another $12 for a third day if it means sitting in a common room.

Now comes content writing. Here after a nights sleep, and if the wifi is still active I can produce 1-3 articles. Depending on what’s been happening, and content available. 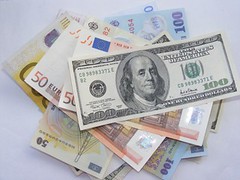 For the purposes of this work flow, I am including only food & water expenses for being stationary during these days.

Let’s throw in $20 there. And, not include internet costing or accommodation.

Let’s skip sitting in a guesthouse room for a while. And move onto on the road activity. And, it’s again internet related.

Mobile promotion of an article. Based on Philippines mobile internet costs it’s about $5 per week.

Many places offer free internet where you dine. I find this difficult unless it’s unlimited internet. And, it’s not too expensive.

I generally try to find a coffee place that doesn’t limit you on time. But this is an added expense. $2-3 a cup of java.

Moreover in both places there’s not often an electrical socket.

I use both of the above for comment replies, emailing, and content edits. Rarely, for photo uploading.

I do take advantage of free wifi too. But, again, generally speaking you need to buy something at a place.

Adding up the costing workflow:

This is not an accurate figure though. It’s not taking into account the fact that I am traveling, and might be in a wifi enabled guesthouse anyway.

I am also not including costs on backup’s of backup’s I mentioned in the Photography workflow.

Another thing not taken into account here is a social life. Maybe I meet some people, and head out for the evening. Is this a lost night of uploading?

So with the greatest respect of making an approximation on this number I’m shooting at $60 per week.

This is based on one photo shoot and two articles along with promotional and content workflows.

Breaking down the costing workflow total:

There are however some other factors not being considered here.

Photographs from one day’s shooting can be used in several future articles and not just 2.

Is it fair to label backups, hosting etc  as a travel blog expense? I think it is.

Either way, it’s easy to see that the biggest cost factor in running this travel blog is the photography side of things.

However, in a photo shoot there can be as many as 80-100 photographs.

Do they all get used on the website? No. Do they all need to be backed up and uploaded? Yes.

Alas it’s a catch 22 again based on my predicament of having no base.

Open to suggestions of how you do it, and alternatives?

In the next part of travel blog workflow costings I’ll cover my revenue business workflow? Aka how to recoup some of these expenses, and some rationale behind it all.