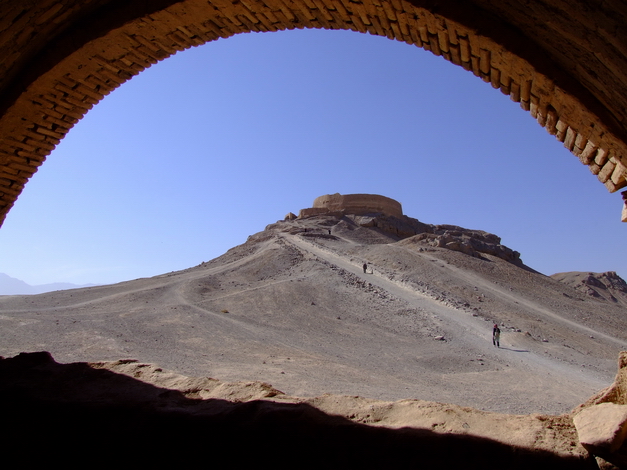 Tower of Silence in Iran

Towers of Silence are the name given to raised structures used by Zoroastrians for exposing their dead to the elements. In this case, the sun and birds.

Here just outside of Yazd in Iran in one of two ancient Zoroastrian towers of silence. No longer used, you can climb up and inside the tower.

Inside the tower there is pit, where a body would be laid to rest. The sun would aid in its decomposing. At the same time birds would come down and eat away on the body.

A local told be when this ritual was being preformed, it wasn’t unheard of to have the odd human bone drop from the sky!

3 thoughts on “Tower of Silent Death”