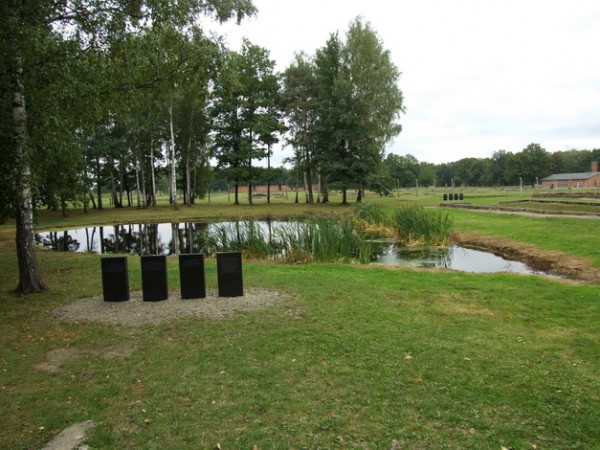 In the woods behind the concentration camp in Auschwitz-Birkenau is something very ominous. Black marble headstones are places in various areas around the area. They mark the spots where the Nazi’s tried to dump the ash from all the bodies they where incinerating.

Used as fertilizer much of it was shipped away to farms. The rest dumped in to fields around the camp. Here ash from human remains was dumped into ponds of water.