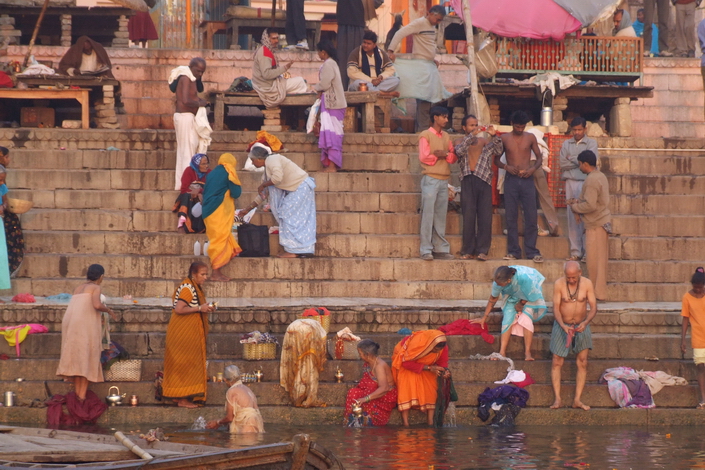 People washing along the Ganges in Varanasi, India

There is perhaps nowhere else on earth that can replicate what happens every morning along the Ganges river in Varanasi India. The Ganges is India’s national river, it is also the largest river in the Indian sub continent.

More importantly it is the most sacred river in the world for all Hindus.

It is here in Varanasi that many Hindus come to die. Their bodies cremated along the shore, and their ashes placed into the river.

It is also said that the water from the Ganges can heal the sick or dying.Washing in the Ganges is said to rid a person of their sins.

Everyday life along the Ganges in Varanasi is one of the most colorful, fascinating places on earth. 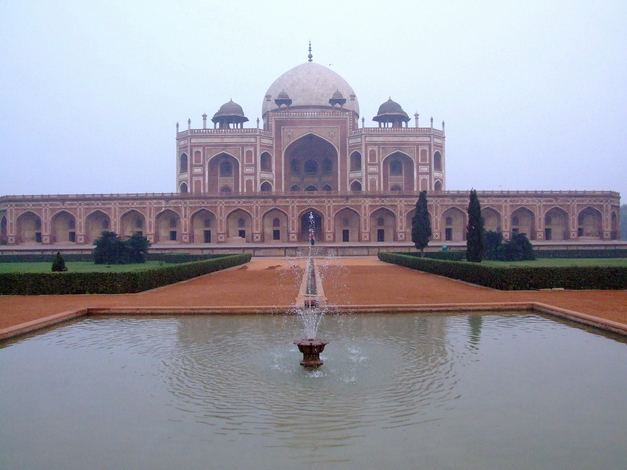 Nasir ud-din Muhammad Humayun was a Mughal Emperor who ruled present day Afghanistan, Pakistan, and parts of northern India from 1530–1540 only to loose it and regain it again from 1555–1556.

Humayun died in 1556 when during the call to prayer he knelt down, tripped on his robes and hit his head. Injuries sustained left him near death, and three days later he died.

Looking more like a palace than tomb, Humayun’s wife built this tomb for him. Built in the style of the Taj Mahal in style it is one of the finest Mughal monuments in India today.

India can get hot. When it does you will never be far away from a man selling cold drinks. In this case it’s one of the rare places where you can buy cold water and no fizzy drinks.

This man is selling plain water, soda water and the ever popular lemon soda. 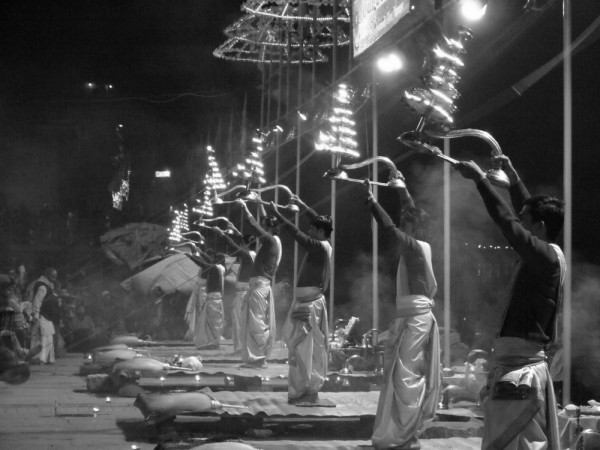 Nightly celebrations on the Ganges

Every night along the Ganges river in Varanasi, India there is celebration. Music rings out as you either walk alongside the old riverside buildings, or take a river boat trip.

Incense burns in thick plumes of scented smoke as gentle music chimes to the beat of giving thanks. Tranquil, peaceful and all things that are magical about this place say goodnight to another day. 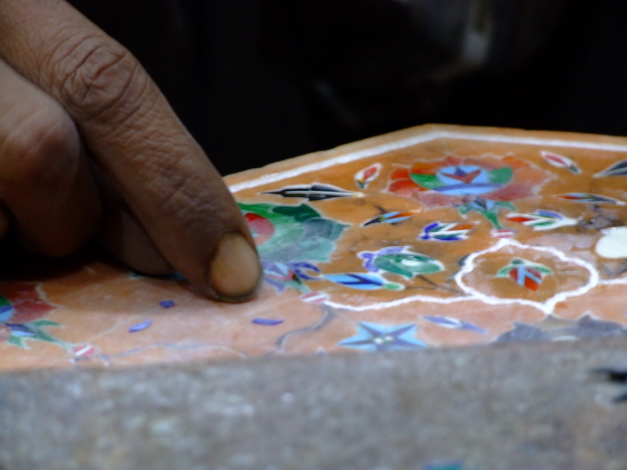 close up of man engraving jewelry box in India

Engraving in India is a popular occupation. People work all day using precious and semi precious materials, yet get paid very little.

Here, a man works with near paper thin gems to place on a jewelry box cover. 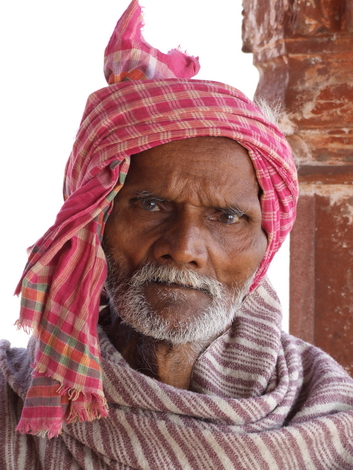 Photograph of an old man from India:

How old are you going to be when you retire? This man is past retirement age, but still for 24 hours a day, he guards a small tower overlooking the Ganges. It’s his home, he lives in a small hut beside it. Loyal, dedicated, a different life.

The cow is sacred in India, as is the most sacred river in all of India. It’s not unusual to see people bathing their cows in the Ganges in the morning and at night. To have the life of a cow in India, is pretty relaxing at times! 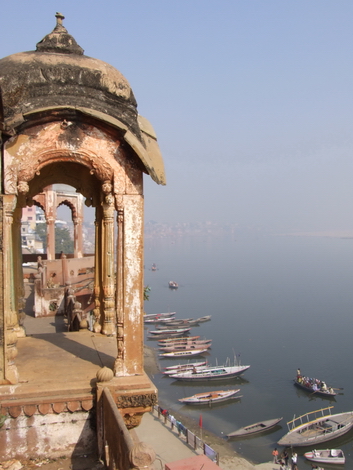 When many people visit the Ganges in Varanasi, they stick to the river itself. But high up above is a long line of wonderful old buildings.

Amongst them, ancient old watch towers. Uses centuries ago to spot invaders from across the shore line. 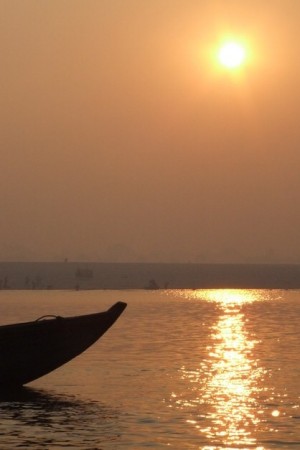 Sunrise on the Ganges, India

Nowhere in the world is there a sunrise like that on the Ganges. Golden colors sweeps along its sandy shores and sparkle like nowhere else. A 5am wake up call is needed, but for a once in a lifetime experience it’s worth it.